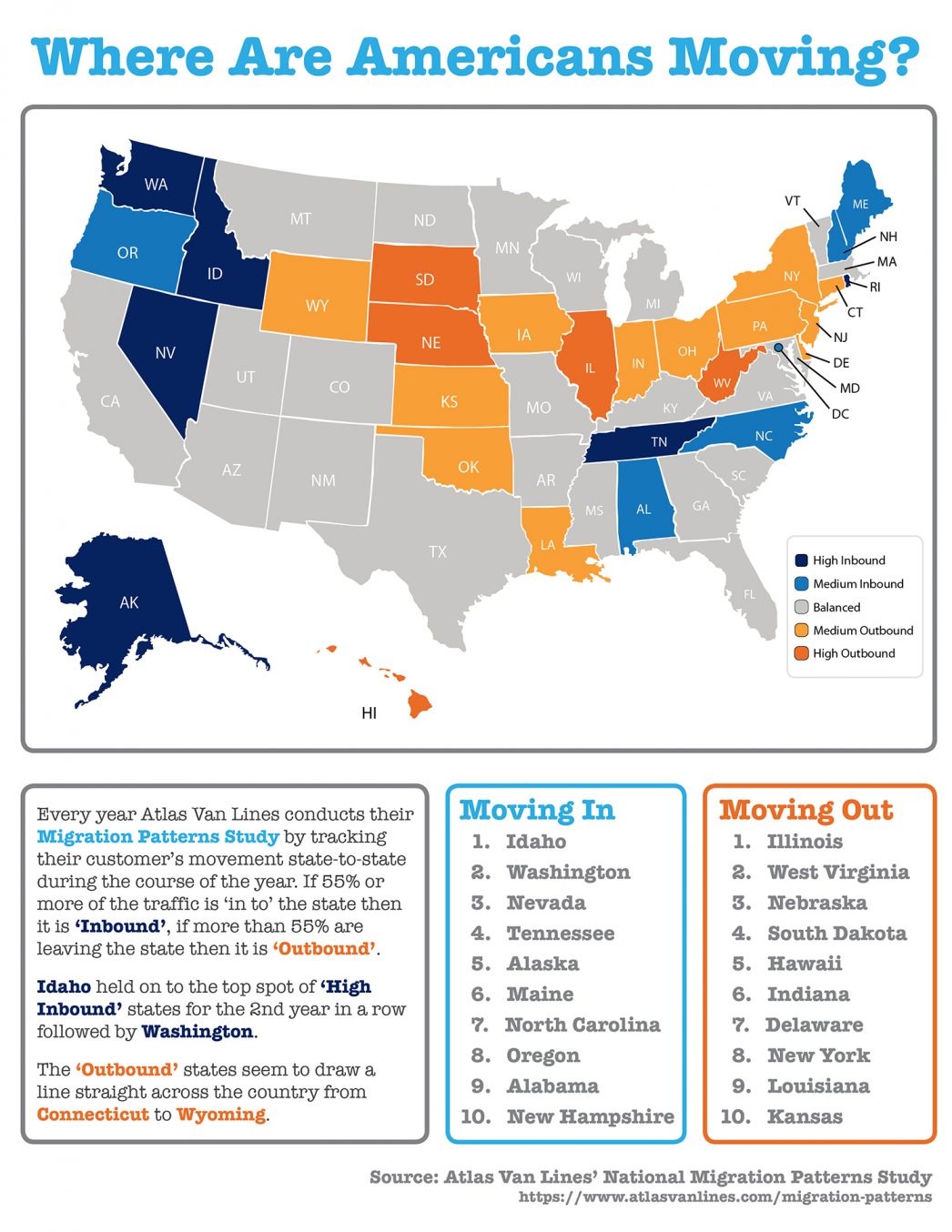 Where Did Americans Move in 2017? [INFOGRAPHIC]

Some Highlights:
Atlas Van Lines recently released the results of their annual Migration Patterns Survey in which they tracked their customer’s movement from state-to-state over the course of 2017.
Idaho held on to the top spot of ‘high inbound’ states for the 2nd year in a row followed by Washington.
The ‘outbound’ states seem to draw a line straight across the country from Connecticut to Wyoming.